The War Against Obesity

The War Against Obesity 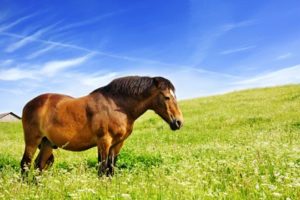 Who doesn’t love to see a herd of shiny-coated horses grazing greedily in a sea of green grass? Turns out, there are quite a few people, including authorities on equine welfare who are keen for the equine community to recognize and appreciate the link between obesity and health hazards.

“The issue of overweight horses is an important health risk that has become more and more prevalent over recent years,” says Sam Chubbock, BSc (Hons), Right Weight manager at World Horse Welfare (www.worldhorsewelfare.org/rightweight), in Norfolk, U.K. “Overweight horses are so common now that this has become ‘normal,’ making it very difficult for owners to know what the correct condition for their horse really is. Most people readily recognize a thin horse and assume it is ill or has health risks, but not so many owners are aware of the health risks associated with fat in horses.”

What are the consequences of a little extra padding? Philip J. Johnson, BVSc (Hons), MS, Dipl. ACVIM, ECEIM, MRCVS, from the University of Missouri’s College of Veterinary Medicine, says some of the more important consequences of equine obesity include:

• Alterations in thermoregulation (how a horse controls his body temperature);

• Development of abdominal lipomas, or fatty tumors, that can cause colic;

• Development or worsening of insulin resistance, which reduces a horse’s sensitivity to the effects of insulin—the hormone that controls how much glucose (a simple sugar resulting from food digestion) circulates in the bloodstream. Essentially, insulin-resistant horses’ blood sugar levels go unchecked and, as a result, these horses are more prone to chronic laminitis, equine Cushing’s disease, orthopedic disorders (e.g., osteochondritis dissecans), and increased fat levels in the bloodstream, among other problems.

“Of those, laminitis is particularly concerning because it is a painful, debilitating, and potentially life-threatening condition that could largely be avoided via weight management,” Johnson says.

The American Horse Publications’ 2012 Equine Industry Survey confirmed horse owners’ roles in the obesity epidemic, as the vast majority of owners (80.8% of the 10,539 respondents) were directly responsible for feeding their horses. Therefore, our goal with this article is to provide horse owners with some strategies for recognizing overweight horses and helping these animals reach and maintain a healthy body weight. Because diet and exercise remain the cornerstones of most weight management programs, consider this a version of equine boot camp. Grab your gear, strap on your helmet, and let the fight for fit begin.

The National Research Council has developed specific guidelines for horses of all athletic levels (from light to very heavy) and makes recommendations on how to feed horses at each level. Familiarize yourself with those recommendations and seek assistance from your nutritionist, veterinarian, and/or local equine extension specialist.

It is important to be honest and realistic when planning and initiating a weight loss program. One of the best ways to keep yourself honest is to use a buddy system. Try working with a fellow horse owner or boarding buddy to assess your horse’s current body weight and/or body condition score .

Equally important as a starting point is determining how much work your horse does. Riding once, twice, or even thrice a week does not necessarily mean that your horse is “working” at a high level. In turn, your horse does not need to be fed as if he is an elite athlete. The National Research Council of the National Academies reports that school horses, recreational riding horses, frequently competing show horses, polo horses, and ranch horses are involved in only moderate work, meaning they:

• Are exercised three to five hours/week;

• Maintain an average heart rate of 90 beats per minute over the entire exercise bout.

In lieu of (or in addition to) having a body condition buddy, consider keeping a journal to track your horse’s progress and itemize the number of hours you ride, what working level you belong in, and how much you are feeding your horse. This will help you keep on the straight and narrow, track progress, and troubleshoot if you’re struggling for slim.

McGowan agrees that overnutrition is an important equine welfare issue, adding equine metabolic syndrome (EMS) to the list of potential conditions it can cause. Historically, dietary restriction has been considered “the cornerstone of managing horses with EMS, but the recommendations were unclear, especially in the actual amount fed,” she explains. “We based our study on the recommendation to remove affected horses from pasture and feed only 1.5% of the actual horse’s body weight as fresh weight of hay that contains ≤10% nonstructural carbohydrates.”

Nonstructural carbohydrates include the water-soluble “simple” sugars (like glucose and sucrose, the latter being table sugar) that are rapidly absorbed by the horse’s body. In obese horses, especially those that are insulin resistant, high levels of sugar in the bloodstream can stimulate very high insulin concentrations and contribute to laminitis development.

Nutritionists recommend testing hay to determine nonstructural carbohydrate content; some hay suppliers will even test the hay you’re buying upon request. Thus, McGowan and colleagues conducted a study to determine if hay soaking together with dietary restriction could consistently reduce the sugar content of hay and promote weight loss in horses with EMS. To do this, they recruited 12 obese horses (of various breeds, such as Cob and Shetland) with body condition scores of 7-9 on a 0-9 scale and fed them grass hay at 1.5% of their body weight daily. The team measured NSC content, weighed the hay on a scale, divided it into two meals, and placed it in hay nets. Then they submerged the nets in 40 liters of cold water for 8 to 16 hours and measured revised NSC content. They suspended the hay nets to drain for 30 minutes before offering them to the horses. While on pasture, all horses in the study wore grazing muzzles to restrict their dietary intake.

The researchers recorded various body and laboratory measurements at the start of the study and again six weeks later.

“The key findings of this study were that water-soluble carbohydrates in the soaked hay were halved and the horses steadily lost an average of 6.8% body mass in only six weeks,” McGowan explains. “This manifested as a decrease in both body condition score and belly circumference.

“We also found that the horses had improved insulin sensitivity at the end of the study,” she adds. “This means that the horses’ bodies needed less insulin to control blood glucose levels. This was shown as a lower insulin response to the glucose load and means less laminitis risk.”

Another telling aspect of this study is that the horses were not exercised and still managed to slim down successfully. This, of course, begs the question, what could those researchers have achieved if their study also included an exercise program?

It’s worth noting, however, that not every horse needs his hay soaked and there are challenges associated with it that you must consider, such as trying to soak hay in cold temperatures. It’s also important to remember that you should not reuse the water for soaking additional hay or offer it in horses’ water buckets because of its sugar saturation.

Just as you’d seek a physician’s opinion before embarking on an exercise program after a period of inactivity, be certain you ask your veterinarian to identify any physical ailments, such as osteoarthritis, old tendon injuries, or respiratory concerns (e.g., heaves), that might modify the amount and/or type of exercise your horse can perform. Laminitis also is common in obese horses and ponies, and affected horses should not be exercised if currently experiencing a bout of laminitis.

There is definitely more than one “right” way to initiate and/or modify your horse’s exercise regimen to facilitate weight loss and improve fitness. In addition to the classic “walk, trot, and canter in both directions,” experts are encouraging owners to consider alternate forms of exercise, such as cross-training and dynamic mobilization exercises (stretches). Trying something new can build enthusiasm for this new phase of your relationship with your horses and also serve as a boredom buster. Cross-training can also reduce the chances of injuries inherent to performing repeated movements developing (e.g., due to repeated concussion on the same anatomic structures).

When designing your exercise program, try to recall the fitness goals outlined by the National Research Council, such as a horse involved in a moderate level of exercise having an average heart rate of 90 beats/minute over the entire training session

Everyone loves instant success, but in the fight against fat, there is no substitute for hard work. This is evidenced by a recent study in which researchers looked at the use of equine growth hormone injections to facilitate weight loss in horses.

According to lead researcher Glenys Noble, PhD, GradCertUnivTeach&Learn, BAppSc (Equine Studies), lecturer in equine science at the School of Animal & Veterinary Sciences, Charles Sturt University, in Wagga Wagga, New South Wales, Australia, “The theory was that growth hormone acts as a ‘repartitioning agent,’ which means that it stimulates protein deposition in muscle to increase lean body mass while breaking down and metabolizing

“The most important finding in this study was that injections of equine growth hormone resulted in increased levels of insulin, which could predispose obese horses to laminitis,” Noble summarizes. “Exercise did not ameliorate the increase in insulin as was anticipated. These data suggest that administering equine growth hormone would be detrimental to horses that already had elevated insulin levels, which is common in overweight horses.”

The moral of the story? There is no “get fit quick” trick. Slow and steady always wins the race.

If you’re unsure about what type of feed would suit your horse best, or if you have questions about developing a feeding regimen, contact your veterinarian,  or Pegus Horse Feed 00447710883088 info@pegus.ie   www.pegus.ie 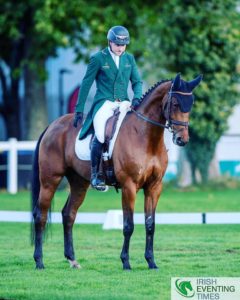 What the Professionals say

"Health mares produce health foals and Ive really seen the benefit of feeding Pegus Triple E to our operation   of Mares, Foals and sale horses , they all Look fantastic" 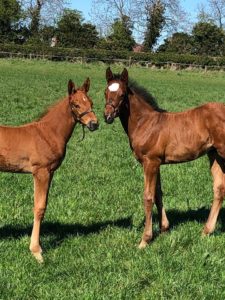 ‘A great feed and a great service, that’s what counts.’

What the Professionals say

"Health mares produce health foals and Ive really seen the benefit of feeding Pegus Triple E to our operation   of Mares, Foals and sale horses , they all Look fantastic"

‘A great feed and a great service, that’s what counts.’ 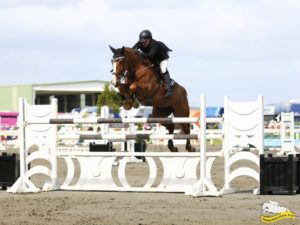 Excellent feed for my horses - they look brilliant on it.’

‘Feeding the correct type of feed is always been I feel important, and we use Pegus Horse Feed’ 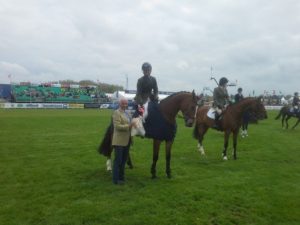 We always get remarks how well our horses look in their skins, and they know how feed performance horses.

‘There have been many trying to change us to other feeds from Pegus, but there’s nothing yet to beat it.’ 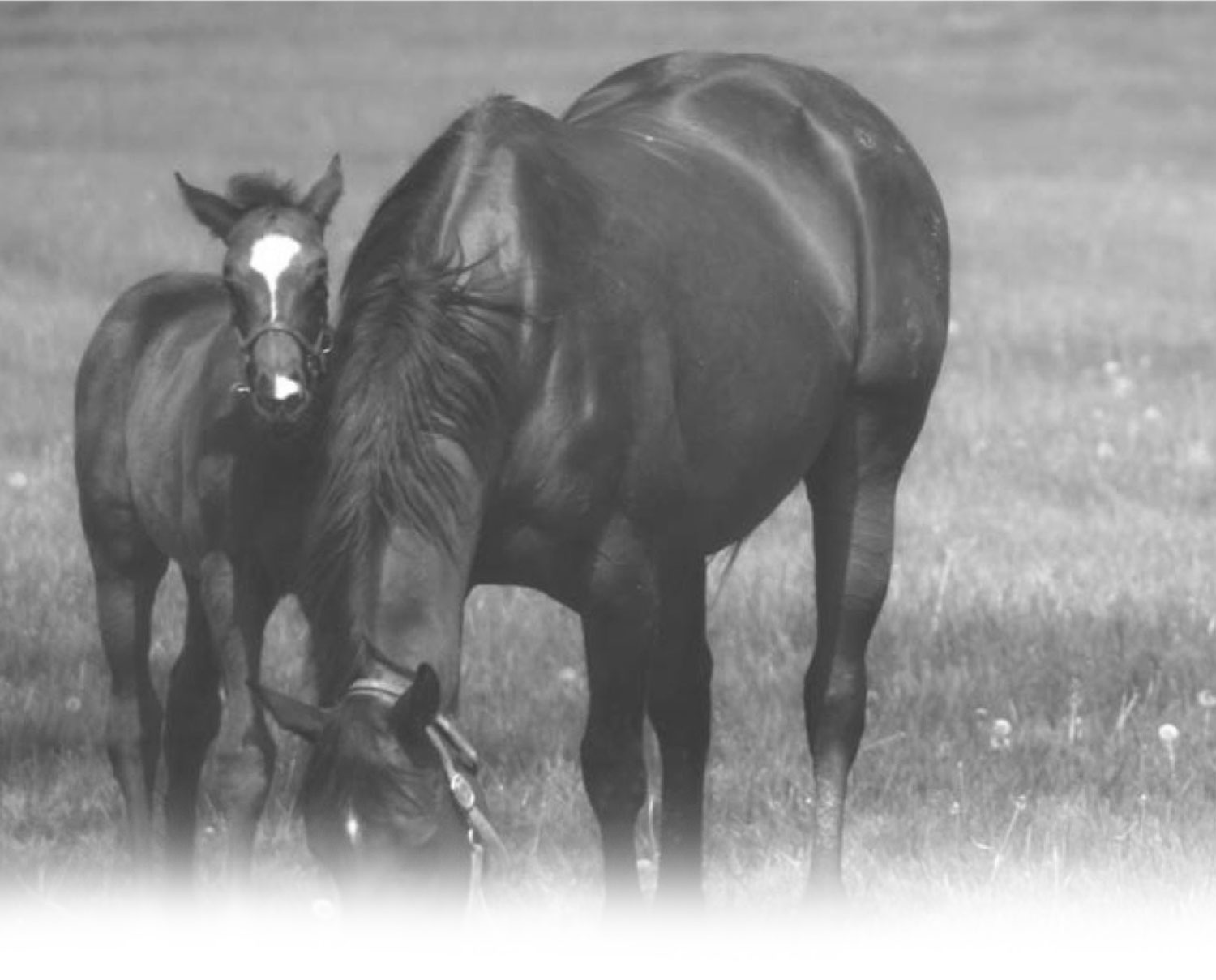